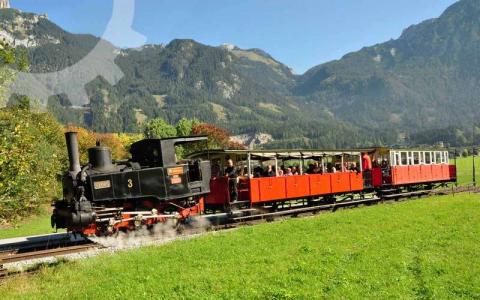 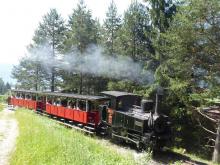 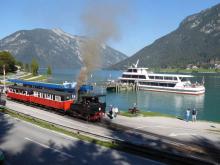 In use for over 130 years, the Achensee Railway is a steam operated railway,  Tit is  the oldest still completely preserved rack railway with steam operation in Europe. The whole ensemble is still largely as it was when it was built and opened in 1889. The facilities (vehicles, treatment plants, platforms, railway embankments, track layout etc.) have been in operation and preserved almost unchanged since 1889.which should be celebrated in the European Year of Rail 2021, but is at serious risk of being lost.
Through years of mismanagement and withheld public support, the railway company has lost liquid assets. Bankruptcy had to be filed in March 2020. Therefore, the dissolution and destruction of the railway and its vehicles is imminent. The subsidies which were promised by the Tyrolean provincial government were never disbursed.
The railway is now one of the 7 Most Endangered sites in Europe.

The Board of Europa Nostra, on the basis of the opinion expressed by the Advisory Panel of the 7 Most Endangered Programme, commented: “In spite of painstaking maintenance over the past 131 years – keeping the complete technical ensemble in a perfect state of conservation, thus greatly contributing to its authenticity and making it one of the important tourist attractions in the Province of Tyrol – the very survival of the Achensee Steam Cog Railway is presently in danger. The much needed investments for the railway track’s maintenance, which the local government agreed to finance, did not materialise and regular train-traffic had to be stopped. We hope that possible renegotiations of the funding problems could bear fruit. The public support for saving the railway is growing, not only by the Achensee Support Association’s activities but also the enthusiastic volunteers who run the line single-handedly.”